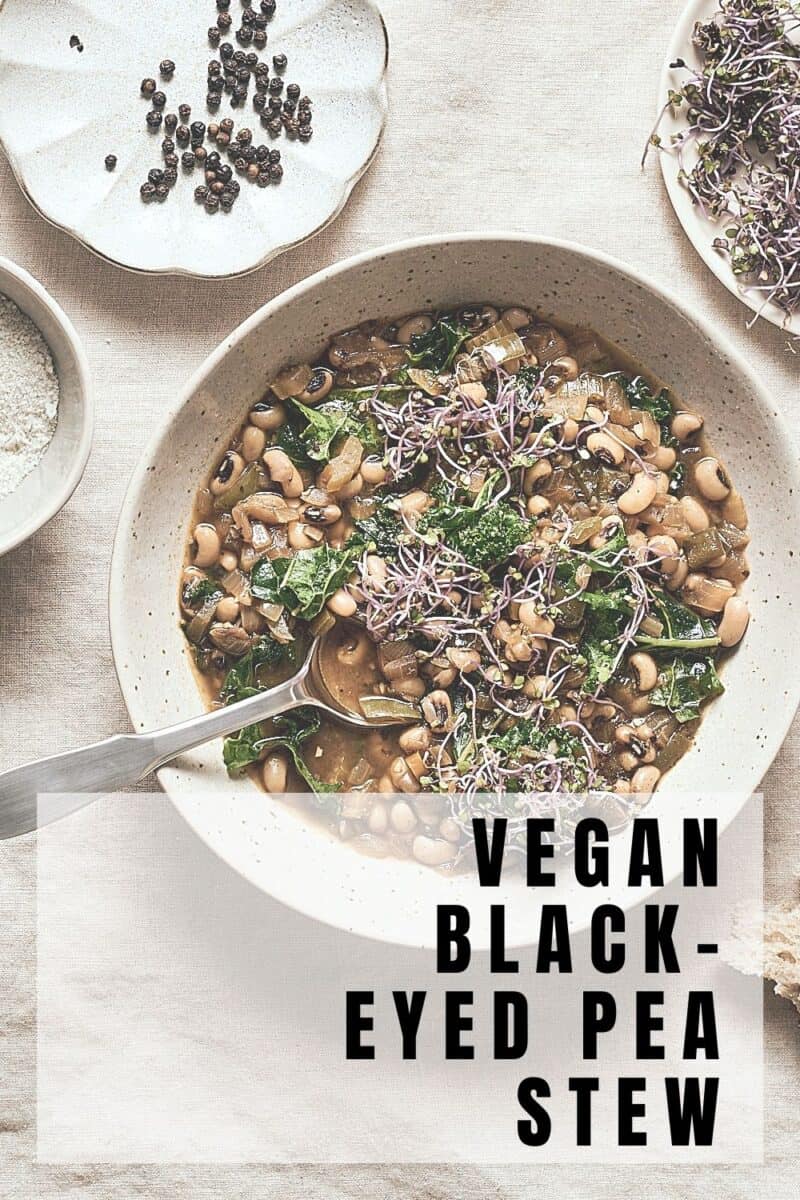 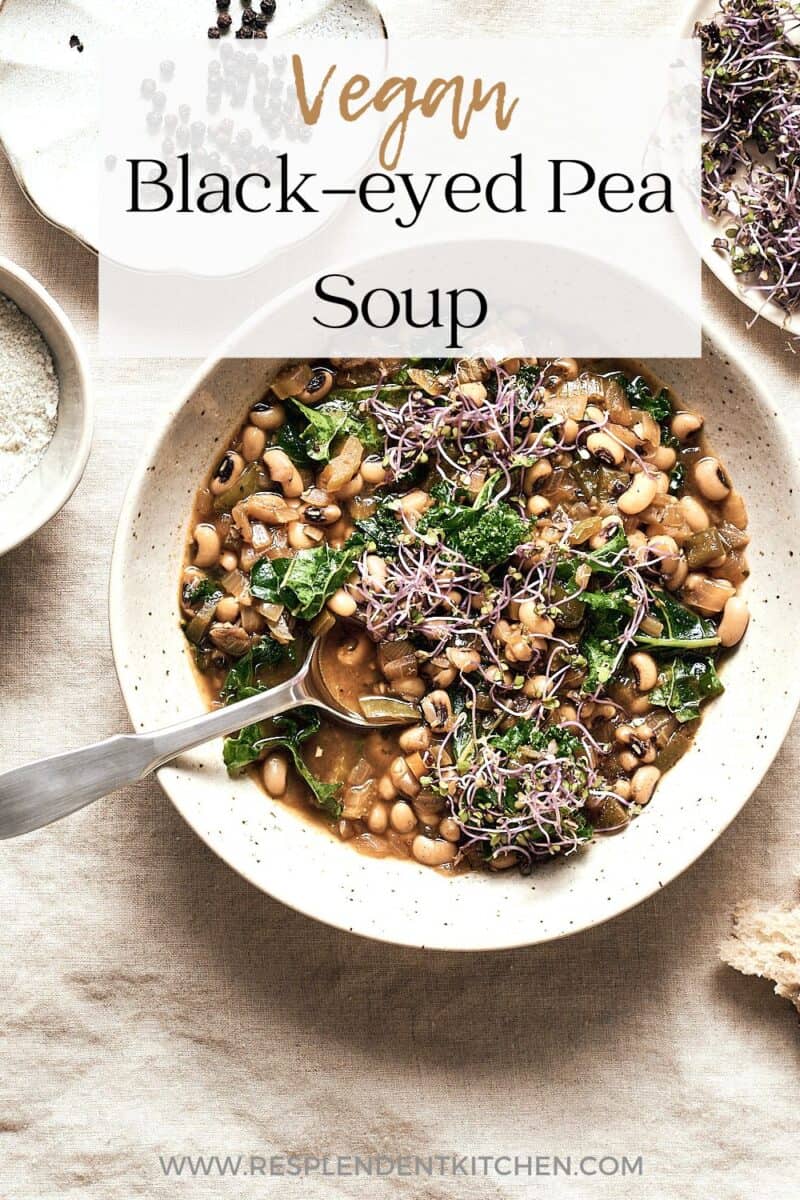 Stew is one of the easiest dishes to make, and it's always so satisfying. This Vegan Black-Eyed Pea Stew is perfect for cold fall and winter days. It's hearty and flavorful and sure to warm you up from the inside out.

Plus, it's really easy to customize based on your preferences. So you may find yourself making this vegan black-eyed pea soup over and over again!

I am so excited to share this vegan black-eyed pea soup recipe with you! This recipe is adapted from the Southern Style Black-Eyed Peas recipe from Vegetarian Cooking for Everyone by Deborah Madison.

Black-eyed peas are popular around the New Year because they're considered to be a lucky food.

This Vegan Black-eyed Pea Stew is the perfect way to celebrate the new year – it's hearty, healthy, and delicious! Plus, it's easy to make – you need a few simple ingredients. Give this recipe a try on a cold night!

Why you are going to love this black-eyed pea soup

This soup has a lot of flavor! But what is the secret, you may ask?

The secret is the Chile de árbol. It's my secret ingredient and will likely have you asking for another bowl. It's that good!

Every time I serve this soup, my husband keeps saying, "This is awesome….This is everything I want in a soup….This is delicious", over and over. I am not kidding, even with the leftovers.

This is one of my favorite soup recipes and I can't wait for you to try it! This recipe serves four. If you want leftovers or are serving a crowd, double or triple the recipe.

What are black-eyed peas?

Here are the simple ingredients you need to make this vegan black-eyed pea stew:

How to cook black-eyed peas

Here's how to cook dry black-eyed peas at home:

Black-eyed peas are dense with an earthy flavor. The longer they get cooked, the more creamy the consistency gets. I like them with just a bit of a bite. The key is to cook them with salt to bring out the flavor, along with dried Chile de árbol.

It's easy to make this black-eyed pea soup, even if it is your first time.

What you're going to need to make this stew recipe:

I love to serve this vegan black-eyed pea soup as a main dish with cornbread, or a crusty loaf of sourdough and plant-based butter. Sometimes I'll serve a salad or roasted brussels sprouts or other vegetables, first.

However, maybe you'd like it as a first course if you have my Vegan Lentil Loaf as the main course.

If you make this Vegan Black-Eyed Pea Stew, let me know what you think by ★★★★★ star rating it and leaving a comment below. You can follow me on Instagram and share your creation with me! Just tag me @resplendentkitchen and hashtag #resplendentkitchenrecipes. 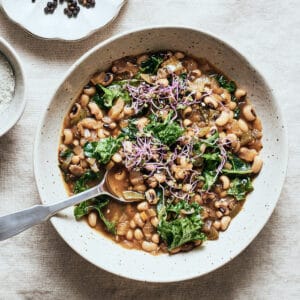 Hi, I'm Emily, the photographer, writer, and cook behind Resplendent Kitchen. My goal is to show you how easy it is to cook delicious seasonal vegan recipes that are healthy for you, the animals, and the environment!

How to support Resplendent Kitchen